The Rupee increased in value by 21 paise to 69.44 against the U.S. dollar in opening exchange on June 11, driven by debilitating of the greenback and positive opening in domestic equities. 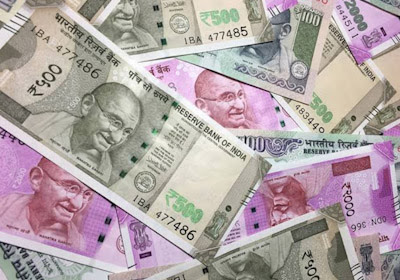 Markets news;At the interbank remote trade showcase, the household unit opened at 69.49 against the dollar, at that point picked up energy and contacted 69.44, up 21 paise over its past close.
The Rupee had settled at 69.65 against the U.S. Dollar on June 10.
Forex vendors stated, selling of the American cash by exporters, positive opening in local values and remote reserve inflows upheld the Rupee.
Then again, rising unrefined petroleum costs confined the Rupee upmove.
Remote institutional financial specialists (FIIs) stayed net purchasers in the capital markets, putting in ₹216.20 crore on June 10, according to the temporary information.
Brent unrefined fates, the worldwide oil benchmark, rose 0.18 percent to USD 62.42 per barrel.
In the interim, household bourses opened on a bullish note on June 11 with benchmark lists Sensex exchanging 123.15 focuses up at 39,907.67 and Nifty up 29.40 focuses at 11,952.10.