Kevin Krawietz and Andreas Mies of Germany asserted their first Grand Slam title when they beat France’s Fabrice Martin and Jeremy Chardy 6-2 7-6(3) in the pairs last on Saturday. 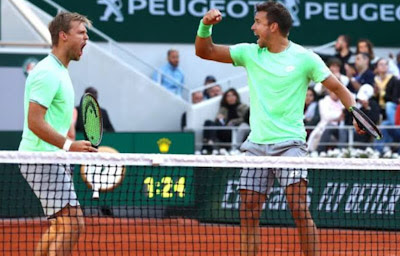