India held its situation as the world’s top beneficiary of settlements with its diaspora sending an incredible $79 billion back home in 2018, the World Bank said in a report on Monday. 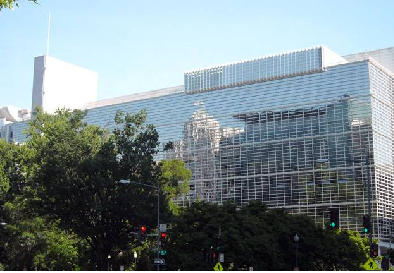 Business News: India was trailed by China (USD 67 billion), Mexico (USD 36 billion), the Philippines (USD 34 billion), and Egypt (USD 29 billion), the worldwide bank said. With this, India has held its top spot on settlements, as indicated by the most recent version of the World Bank’s Migration and Development Brief. Throughout the most recent three years, India has enrolled a huge stream of settlements from $62.7 billion out of 2016 to $65.3 billion in 2017.
“Settlements developed by over 14% in India, where a flooding debacle in Kerala likely supported the money related help that vagrants sent to families,” the Bank said.
In Pakistan, settlement development was moderate (7%), because of critical decreases in inflows from Saudi Arabia, its biggest settlement source. In Bangladesh, settlements demonstrated a lively uptick in 2018 (15%). As indicated by the report, settlements to low-and center pay nations achieved a record high of $529 billion out of 2018, an expansion of 9.6% over the past record high of $483 billion out of 2017. Worldwide settlements, which incorporate streams to high-pay nations, came to $689 billion out of 2018, up from $633 billion of every 2017, it said. The Bank stated, settlements to South Asia became 12% to $131 billion out of 2018, outpacing the 6% development in 2017.
“The upsurge was driven by more grounded monetary conditions in the United States and a get in oil costs, which positively affected outward settlements from some GCC nations,” it said.
The Gulf Cooperation Council (GCC) is a local between a legislative political and financial coalition of Bahrain, Kuwait, Oman, Qatar, Saudi Arabia, and the UAE. Be that as it may, the Bank in its report mourned that the worldwide normal expense of sending $200 stayed high, at around 7% in the principal quarter of 2019.
Diminishing settlement expenses to 3% by 2030 is a worldwide focus under Sustainable Development Goal (SDG) 10.7. Settlement costs crosswise over numerous African passages and little islands in the Pacific stay above 10%.
On approaches to bring down settlement costs, Dilip Ratha, lead creator of the Brief and head of KNOMAD, stated, “Settlements are on track to turn into the biggest wellspring of outside financing in creating nations. The mind-boggling expenses of cash exchanges diminish the advantages of relocation. Renegotiating selective associations and giving new players a chance to work through national post workplaces, banks, and broadcast communications organizations will expand rivalry and lower settlement costs.